BURLINGTON, Mass., Sept. 23, 2021 /PRNewswire/ -- Aura, a leading provider of all-in-one digital security solutions for consumers, today released the results of a new survey of over 2,000 U.S. adults conducted in partnership with The Harris Poll, measuring their perspective on the future of cybercrime and data protection. The survey found that 76% of Americans recognize that data breaches are serious, high awareness that may be driven by news of major consumer, enterprise, and infrastructure breaches over the past year alone. In fact, nearly nine out of 10 Americans (87%) see cyber warfare as a threat to the safety and well-being of the next generation — more so than global warming (77%) and COVID-19 or another pandemic (81%). 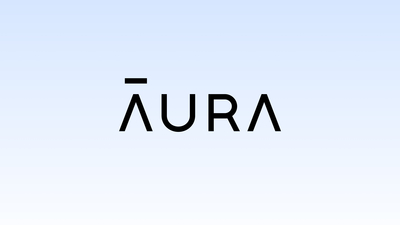 "Our mission at Aura is to create a safer internet for everyone. This data shows that Americans appropriately believe there is a gap in their online protection today and are uncertain about their digital futures as we increasingly live our lives on devices," said Hari Ravichandran, founder & CEO at Aura. "Even so, their behaviors online are risky at best and are putting them at risk of cybercrime. Aura hopes to help solve this problem for consumers by providing resources, products and guidance on how to keep your identity, finances and devices safe from online threats."

Uncertainty about the future of cybercrime over the next 10 years

Most U.S. adults worry a lot about data breaches (60%) and the safety of their personal information online (52%) — but a worrying 34% say they have stopped paying attention to data breaches because they happen so often. Aura found that fear and concern about cybercrime also differs by generation, with 95% of those 65+ seeing cybercrime as a threat to the next generation vs. 82% of 18-34 year olds.

Further, Americans are torn on whether things will improve by 2030:

Although awareness of cybercrime has clearly heightened, Aura found a correlation between adults who are engaging in risky online behaviors and those who have experienced digital crime. According to the FTC, total fraud losses cost Americans $3.3B in 2020, an increase of 83% YoY. This could be, in part, due to sustained online behaviors of which cybercriminals are taking advantage.

The survey found that about 1 in 2 Americans who have experienced digital crime have opened emails from unknown senders (51%) and have downloaded software/files from unknown origins (50%). There are even higher instances of risky behavior like using the same passwords across multiple accounts; 74% of those who have experienced digital crime say they have done that.  These behaviors open consumers up to potentially damaging occurrences like ransomware, malware, data theft and other forms of digital crime.

Most U.S. adults (79%) acknowledge that they may not be doing enough to protect their personal information online, but varied obstacles appear to stand in their way. Among those who feel they should do more, the top barriers preventing them from doing so include these steps being too time-consuming (36%) and not having the knowledge of what to do (33%).

Aura also found a low level of trust in institutions to hold and protect personal information, including healthcare providers (52%), financial institutions (45%), their employer/company or school (41%), streaming services (30%), the government (29%) and retailers/online shopping sites (25%).

"It's clear that Americans want -- and need -- easier, more accessible ways to protect themselves online, eliminate risky behaviors without disruption to their lives and reduce the clear danger to themselves and their families," said Ravichandran. "Aura strongly believes there should be protections for consumers on all levels - from companies like Aura to state, local and federal governments. We're calling on the current administration to ensure cybersecurity protections for individual consumers --not just enterprise and institutional protections-- are core to the policies in review on the Hill."

Survey Method: The survey was conducted online within the United States by The Harris Poll on behalf of Aura from Aug. 13-17, 2021 among 2,050 adults ages 18 and older. A separate question was fielded from September 9-13, 2021 among 2,054 adults ages 18 and older. Results were weighted where necessary to bring them into line with their actual proportions in the population. For complete survey methodologies, please contact media@aura.com.

About Aura
Aura is a mission-driven technology company dedicated to creating a safer internet for everyone. We believe that people should be able to live with the peace of mind that their identity, online accounts and devices will remain safe, private and protected, no matter where they go. With an easy to use, integrated suite of services trusted by more than one million customers, Aura makes all-in-one digital security accessible to all.  Visit www.aura.com.